Back by popular demand, our second-annual imPulse Happy Hour returns to Flat Earth Brewing Company and adds a performance at Chankaska Creek Ranch and Winery for two nights of great music and libations. This year's event, subtitled Americana the Beautiful, will feature music from Harry Smith's Anthology of American Folk Music, deep cuts, and other tunes inspired by the American folk tradition. MPLS (imPulse) will collaborate and perform alongside Corpse Reviver, a local Twin Cities folk trio. Both ensembles will perform their own sets and will also share the stage to perform musical selections newly arranged tunes from the Anthology. 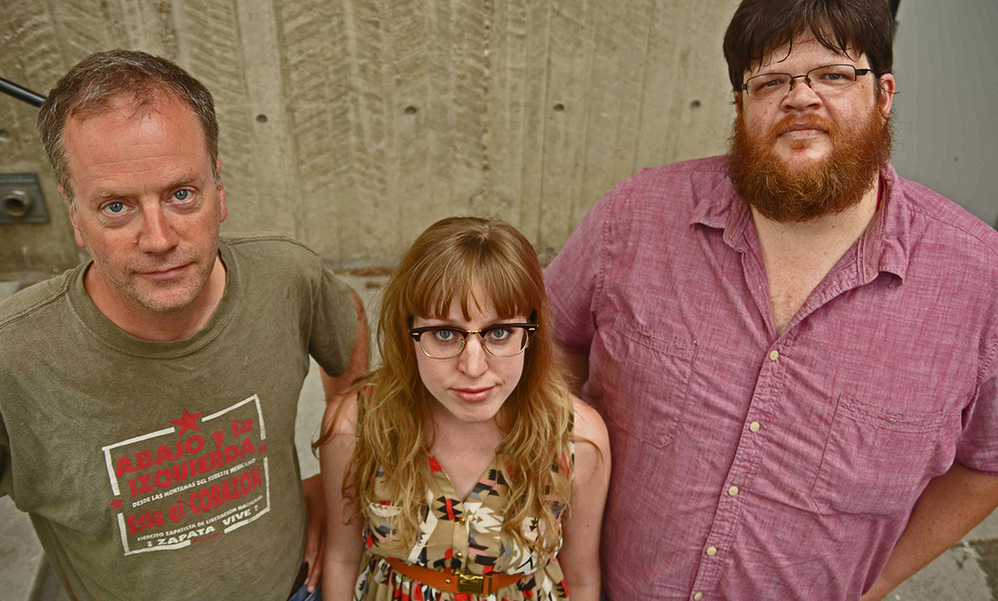 Corpse Reviver is a Twin Cities-based trio that pays homage to Harry Smith's Anthology of American Folk Music. First compiled and released in 1952 by Folkways Records, the Anthology offers a glimpse into the world of vernacular American music that was recorded in the 1920s and captured on rare 78 rpm records. Reissued on CD in 1996 and consisting of 84 tracks spread over six discs, the music runs the gamut of musical styles, and includes early blues and jug bands, old-time country, cowboy songs, Cajun tunes, fiddle breakdowns, and a wide range of sacred music.

Corpse Reviver (who takes their name from a mid 19th century "hair of the dog" cocktail from New Orleans) likes to play the old songs, but strives to put their own stamp on the music while maintaining respect for the older styles. They've been playing together for over five years, and have recently finished their fifth year of Sunday afternoon residencies at the 331 Club.

Mikkel Beckmen (washboard, djembe, and stomp box) has been a fixture on the local scene for a number of years; some of the folks he's played with include the Brass Kings, Charlie Parr, and Lonesome Dan Kase and the Crush Collision Trio, among others.

Jillian Rae (fiddle, vocals) grew up on the Iron Range and started playing violin at an early age. She helps run a music school (known as the Music Lab) and plays with a number of local groups (the Brass Kings, the Blackberry Brandy Boys, and the Brian Just Band), and also leads her own group, the Jillian Rae Band.

Adam Kiesling (guitar, banjo, and vocals) got his start playing old-time and jug band music back in the late 90s at the Viking Bar on the West Bank. He played music for local clogging group, The Wild Goose Chase Cloggers, for a number of years, and this led to the Mill City Grinders, a trio that played old-time string band music. He spent four years as an upright bass player for Pert Near Sandstone, and also lends a hand to a wide variety of local Cajun and old-time string bands around town.